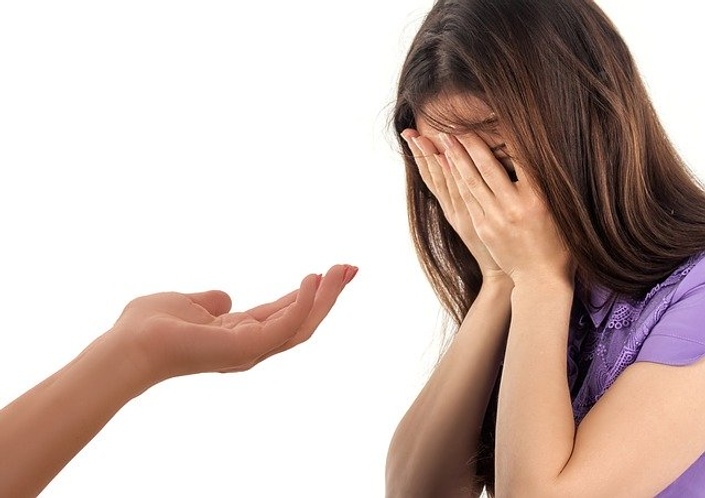 Despite national and local suicide prevention efforts, the suicide rate in the United States has steadily climbed over the past two decades. The same rise in suicide has been reported among veterans. As a society, we need to rethink our efforts to helping people who are suicidal.

This 11-seminar course will promote that “rethinking” effort. The ten presentations will focus on the following:

Note: All webinars will be recorded and available for viewing after the live event.

Suicide in the Age of Prozac: A Review of the “Evidence”

This presentation will provide a review of suicide rates for the last sixty years, and investigate the factors that may be driving the steady increase in suicide rates since 2000. It will explore the societal factors—such as unemployment and gun ownership—that are known to influence such rates. Next it will examine the rise of suicide prevention programs since Prozac arrived on the market in 1988, and the commercial and guild interests behind those efforts, which have emphasized the prescribing of antidepressants—and access to psychiatric care—as helpful to reducing the risk of suicide. Does this medical-model approach work? The presentation will review the research on the effectiveness of such efforts, and the research on the suicide risk associated with use of antidepressants.

3) Explain the approach taken by the American Foundation for Suicide Prevention in developing suicide prevention efforts, ie what was touted as the best way to reduce suicide

Issues in Dealing with Suicidal People...and What Experience with Military Veterans Teaches about Nonpathologizing Approaches for All

Massive experience calls into serious question the traditional mental health system's approach to suicide, while other approaches have been helpful. The speaker will challenge the automatic labeling as "mentally ill" of people because they report having suicidal thoughts or attempted or committed suicide. She will discuss an alarming way the DSM-IV and DSM-5 encourage the pathologizing of suicidal thoughts. Then she will describe primary reasons people have thoughts of suicide and what can be understood once one takes a more humane, nonpathologizing approach, using examples from a stage play, an Oscar-winning documentary about a "suicide hotline," research and clinical work about the effects of various kinds of trauma, and a project primarily involving simple, wholehearted, nonjudgmental listening. Using examples from her work with military Veterans and with nonveterans, she will discuss the wide range of other approaches that are helpful to people who feel suicidal. What suicidal nonveterans tend to have in common with Veterans is to have experienced trauma, to be terribly isolated, and/or to be given psychiatric drugs. Also, the work with Veterans applies to suicidal young people, since so many were teenagers or very young adults when joining the military.

1) Explain how the traditional mental health system's approach to suicide may actually increase the likelihood of suicide.

2) Critique the automatic labeling as "mentally ill" of people who report having suicidal thoughts or have attempted or even committed suicide.

3) List primary reasons why people have thoughts of suicide.

4) Describe what can be understood about suicidal thoughts and actions once one takes a more humane, nonpathologizing approach.

5) Identify a wide range of alternative approaches to traditional practices in working with military Veterans and nonveterans.

Firearms and Suicide: Is Intent All That Matters?

Dr. Miller will present an overview of the epidemiologic evidence linking the availability of household firearms to suicide mortality, discuss the rationale for why reducing access to firearms can save more lives than perhaps any other suicide prevention strategy, and delve into some of his suicide-related work on suicide among military veterans, adolescents seen in emergency departments with acute mental health crises, and the current state of (mis)understandings among the general public and among practicing clinicians about the promise of means restriction (i.e., reducing access to firearms) as a way to save lives.

3) Discuss the rationale for means restriction to firearms

7) Compare the percentage of veteran vs. non-veteran suicides that involve guns, by sex and overall

Clinical practice is judicial in nature.This means that establishing what is going on depends on engaging with a person and working out how best to explain the problem they have.The "scientific" literature is not much help in this respect.The challenge is to get to an objective position shared by the affected person, a mental health professional and ideally others.This workshop will take participants through this process and outline strategies for working through objections that may arise with the persons and clinicians involved.

1) Assess the proportion of total healthcare budgets represented by medications

2) Describe the difference between RCT and anecdotal evidence

If You Want to Save Lives, Start with the Dead: An Innovative Approach to Reducing Suicide

For the third year in a row, U.S. life expectancy has lowered due to loss of life from suicides. Often, suicide prevention activities are implemented without the data necessary to tailor and target interventions, leading to an ineffective use of very limited resources. To change the direction of this trend, Washington County, Oregon created a nationally awarded suicide surveillance system. This suicide surveillance system facilitates the collection of risk factors and circumstances surrounding every suicide in the county within 48 hours of the death. The risk factors collected parallel those in the National Violent Death Reporting System, such as previous attempts, depressed mood, crisis, legal problems, etc., but without the multi-year data delay and with data reported by the actual forensic death investigator who completed the investigation. In conjunction with our suicide fatality review team, this surveillance system has produced demonstrably effective interventions with imminently suicidal people at hotels, animal shelters, those being evicted, amongst others. The true value of a surveillance system is measured by whether it leads to prevention or control of adverse events, and Washington County’s population suicide rate has dropped an unprecedented 40%. This course will demonstrate how fast, meaningful and accurate data are shifting the paradigm on how suicide prevention is done.

2) Describe the kind of data collected by NVDRS

6) Recite the three steps anyone can learn to prevent suicide

Working with Indigenous People Who Are Dealing with Suicide

“We Matter is an Indigenous youth-led and nationally registered non-profit organization committed to Indigenous youth support, hope and life promotion. Our founding project is the We Matter Campaign – a national multi-media campaign in which Indigenous role models and allies from across Canada submit short video, written and artistic messages sharing their own experiences of overcoming hardships, and communicating with Indigenous youth that no matter how hopeless life can feel, there is always a way forward.”

To Dream the Impossible Dream: How to Actually Help Suicidal Patients Without Having Nightmares about Liability

In this talk, I invite you to question some assumptions you may have about people who are suicidal, challenge entrenched mythology about which provider actions risk or create liability for the suicide of a patient; and provide specific and concrete suggestions about how mental health professionals can best support people struggling with suicide while also protecting against vulnerability to liability.These suggestions are win-win--they enable you to provide better care while reducing your liability exposure.

2) Describe suicide care practices that are of particular importance in liability cases.

3) Explain system or organizational level improvements to suicide care that can
enhance an organization’s abilities to deliver quality care and minimize liability
concerns.

Alternatives to Suicide Groups: Peer Support Strategies When Life is On the Line

This webinar features Sera Davidow, Director of the Western Massachusetts Recovery Learning Community, where the Alternatives to Suicide approach was first developed. Although now a fully formed approach usable by providers, family members, and supporters of all kinds, Alternatives to Suicide originated as a peer-to-peer support group informed by the experiences of many who had 'been there' themselves. The groups have now been running for over a decade, and spread to several states in the US, as well as parts of Canada and Australia. This webinar will explore some of the myths about suicide that led up to the need for and development of Alternatives to Suicide, as well as providing an overview of some of the fundamental pieces of what the groups are actually about. Some of the paradoxes of suicide will also be explored including the hard reality that so often in order to have influence in someone's life, we need to first learn to let go of the idea that we can or should try to control them.

Suicide Redefined: The Biology of Prevention

Suicide is a public health issue of critical importance, one which merits our best, most focused efforts towards treatment and prevention.This webinar will introduce a biologic framework for suicide prevention, one in which the concept of suicidality as the result of underlying nutritional, genetic, and psychosocial risk factors is explored.Scientific research supporting significant associations between malnutrition, essential fatty acid deficiencies, lithium deficiency, low cholesterol, and suicidality will be reviewed.Studies illustrating the benefits of targeted nutritional augmentation to mitigate risk factors will be presented; evidence-based interventions will be described; and a prevention model centered upon objective biologic measurement and a concept of biochemical individuality will be elucidated.

Intentional Peer Support focuses on validating and understanding the feelings and experiences behind thoughts of suicide. Traditional assessment-based practices focus on risk and liability (stopping suicide from happening). This presentation will be about having a conversation where both of us are present and able to benefit, acknowledging the context of what's happened- past and present, and providing opportunities to explore meaning and possibilities.

The Way Forward: Pathways to Hope, Recovery, and Wellness with Insights from Lived Experience

People who've been suicidal have been working on many fronts to influence the policy and practice of suicide prevention, care, and response. Leah Harris will share some key principles and insights as a co-contributor to The Way Forward, a 2014 report authored by the Suicide Attempt Survivors Task Force of the National Action Alliance for Suicide Prevention. The guiding principles and recommendations in The Way Forward remain relevant, including peer support as a central part of a non-pathologizing, community-based, collective response.

Accommodations for the Differently Abled

Who should view this series

We anticipate receiving approval for a total of 10.0 CEs (1.0 CE credits for each webinar) for psychologists, social workers, nurses, licensed professional counselors, and marriage/family therapists.

The fee for individuals is $150 for the 11 webinar series. There is an "organizational" rate of $100 per individual for programs that wish to allow staff and members to register for the entire series. And there is a "group" rate of $50 per staff or member for those programs that wish to have a group viewing. For more information about the webinar or course fees, please contact MIA Continuing Education Director Bob Nikkel at [email protected]

Commonwealth Educational Seminars (CES) seeks to ensure equitable treatment of every person and to make every attempt to resolve grievances in a fair manner. Please submit a written grievance to: Bob Nikkel, [email protected], Phone: (503) 929-9346.Grievances would receive, to the best of our ability, corrective action in order to prevent further problems.